Tropicana Neighborhood Park was discussed at the Council Meeting on Monday. After the meeting, I sent the following memo to the City Council.

After a full hour of speeches, videos, and memos read by the City Clerk, and after a request by one Council Member to move forward with the plan that puts both clubs on the park as approved on December 2, 2019, things took a turn for the positive.

Council took charge of the park design and made significant changes based on the input received from the residents. The input they reacted to was not solely from the NWNA, rather it was input from all areas of the city. I was impressed and pleased. The vote on the new design was 7-1 with District 6 as the only dissenting member.

Staff was directed to make the suggested changes to the design and bring the plans back for approval.

This is significant as there is an approved resolution that will be removed and replaced with another resolution for the revised design. 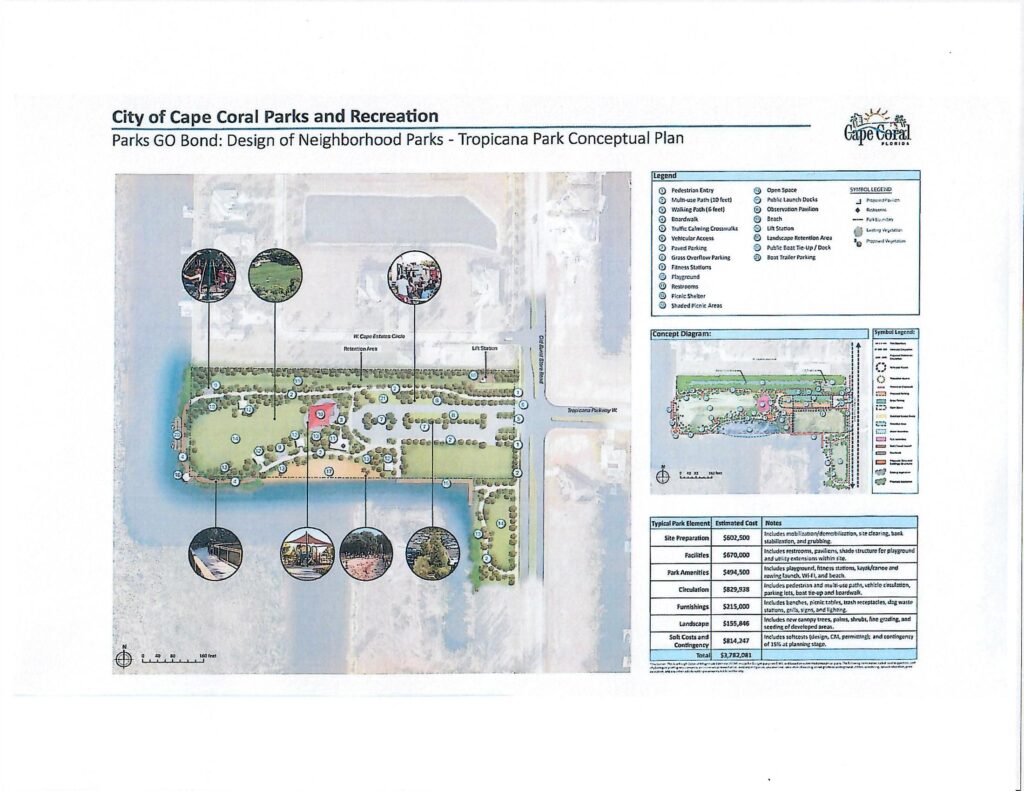 There are some loose ends that need to be tied up, including the Splash Pad and the last-minute introduction of Dragon Boats on the Park. I was totally surprised by that news and I don’t support further compromising the Neighborhood Park for another club.

If you have questions or comments on these last two loose ends, I suggest you write an email to the Council.

I still do not believe Tropicana Neighborhood Park is the only viable location for the Rowing Club.

Last week, the NWNA sent an email to Council with the attached proposal for a permanent location at Crystal Lake Park.

Note that the NWNA proposal was a short-term solution and a long-term vision. It never proposed putting rowers in Crystal Lake as was erroneously stated by opponents to the plan. In the proposal, Rowers would still use the North Spreader.